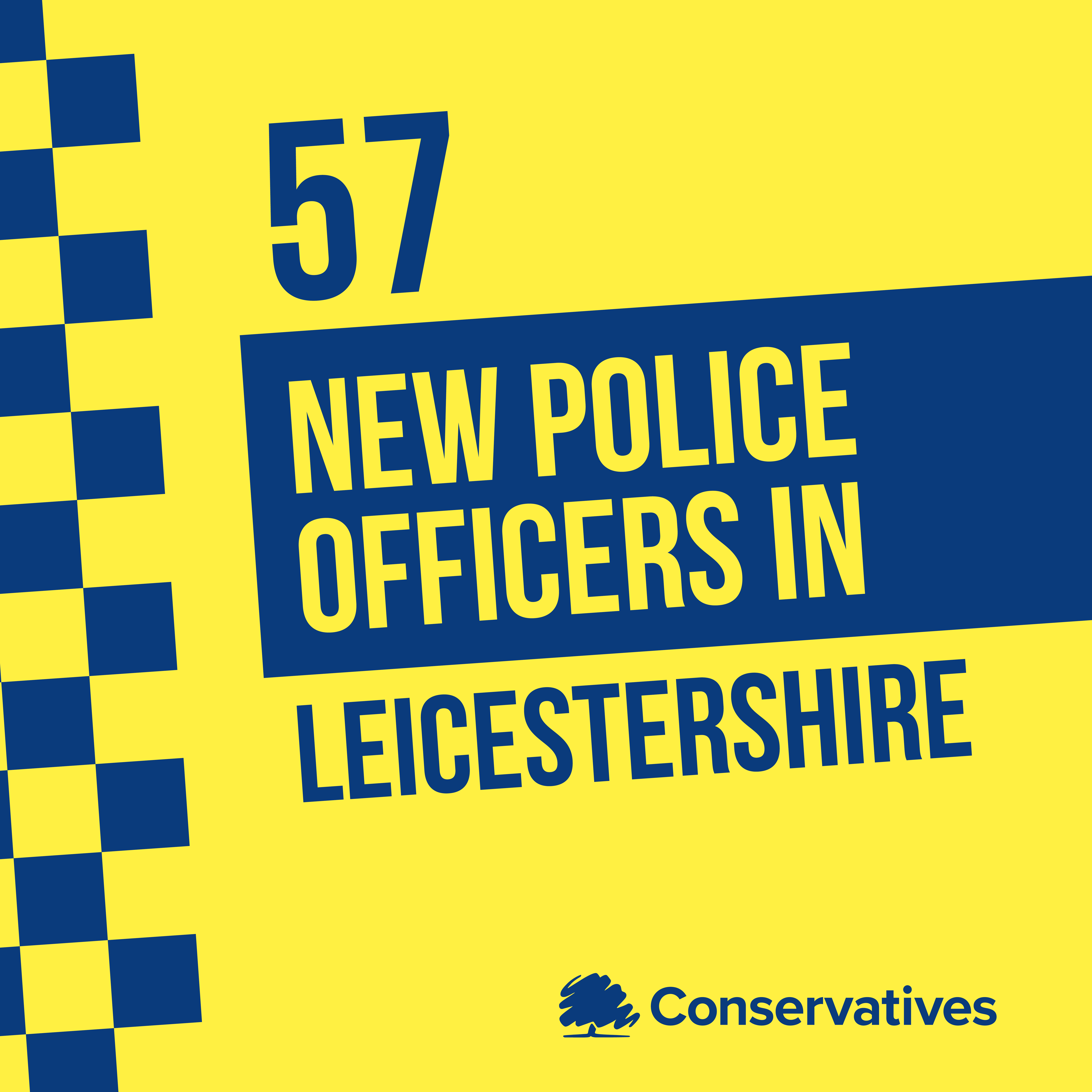 Dr Luke Evans has welcomed the announcement that Leicestershire has been bolstered by an additional 57 officers since the Government launched its major recruitment drive in September 2019.

These statistics confirm that the Government remains on track to hit its manifesto commitment of 20,000 extra officers by 2023, and that forces have successfully accelerated their recruitment plans to meet their target of 6,000 more officers by March 2021.

In total since 31 March 2019, the police workforce has grown by 5 per cent - the largest annual increase in officer numbers since 2003-04 - with forces becoming more diverse and representative of the communities they serve, as a result of the highest proportion of black, Asian and minority ethnic officers, as we as female officers, joining since records began.

The recruitment drive is at the centre of the Government’s commitment to back the police with more resources, powers and support to keep the public and their communities safe.

Earlier this month, it was announced that police pay will rise by 2.5 per cent this year, equivalent to a constable receiving an extra £1,100, and providing officers with an increase above inflation for the second year running, the largest pay rise in a decade.

The Government has also launched a targeted consultation for doubling the maximum sentence for assaults on emergency workers to two years, and has set out plans for a Police Covenant, focusing on physical protection, health and wellbeing and support for families.

Other steps to support our frontline officers include the £1.1 billion funding boost for the policing system this year – the biggest increase in a decade, funding to provide over 8,000 more officers with Taser, and expanded stop and search powers so that officers can keep themselves and the public safe.

“Getting more police officers onto our streets is one of this Government’s priorities, and so I am delighted that Leicestershire has been bolstered with an extra 57 officers so far.

“Every one of these officers will make an enormous difference in helping to cut crime and keep people safe – and I am reassured that many more will follow as we continues to deliver on our promise to recruit 20,000 more over the next three years.

“By backing our police with the funding, powers and resources they need, we will keep Hinckley and Bosworth safe, so that local people can live their lives free from the fear of crime.”

“When I became Prime Minister I made a commitment to the police that they would always have my backing and we would recruit more officers, cut crime and make your streets safer.

“Just over one year on we are already delivering on our promise, with over 4,000 new officers already, meaning we’re ahead of track on our plans to recruit 20,000 in the next three years.

“As we’ve seen from the frontline response to the coronavirus, the work of each and every police officer helps to save lives and I would like to extend my gratitude to them, and to the new recruits, for joining the service and being a part of this heroic effort.”

“We are delivering on the people’s priorities – putting more police officers on the streets to cut crime and keep us safe.

“Our brave police officers have gone above and beyond during the coronavirus pandemic, clearly inspiring many others to join them.

“My support for them remains unwavering – they deserve our utmost gratitude and respect.”