Local MP’s bid for the Queen’s Baton Relay to come to Bosworth is successful! 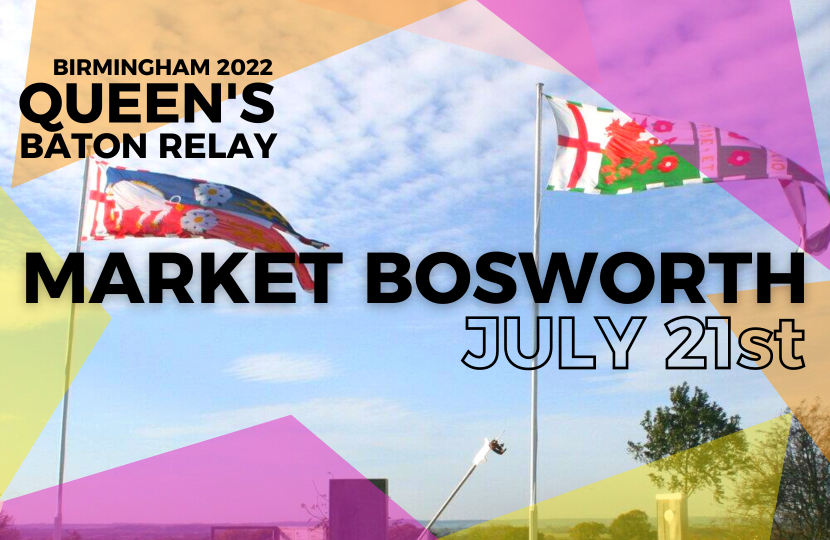 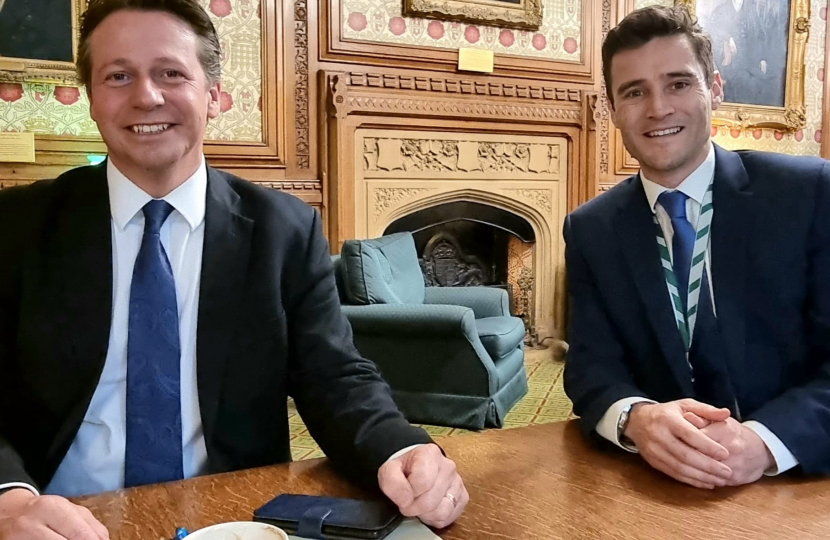 Dr Luke Evans, MP for Bosworth, has been lobbying for the Queen’s Baton Relay to come to his constituency as part of its tour of England before the start of the Birmingham 2022 Commonwealth Games.

Today it has been announced that Dr Luke’s application was successful and on July 21st – one week before the start of the Games – the Queen’s Baton will be making an appearance in the Bosworth constituency. There are 650 constituencies in the UK, and the announcement informed which ones would be lucky enough to have a visit. Further details of the exact location will be announced shortly.

Last year Dr Luke started his campaign for Bosworth to play host to the Baton when the Member of Parliament met with Sports Minister Nigel Huddleston (above). Following this, Dr Luke wrote to the Minister from the Department for Digital, Culture, Media and Sport (DCMS) and the Commonwealth Games to continue making the case for our local area.

The Baton is currently making its way around Commonwealth nations as part of a 294-day journey, and will start visiting cities, towns and villages around England on July 4th. The Queen’s Baton Relay is a tradition that celebrates and connects communities from across the Commonwealth on the lead up to the event.

The Relay began in October 2021, after Her Majesty Queen Elizabeth II placed a message into the Baton ahead of its journey. When the Games start on July 28th the Baton will have travelled approximately 90,000 miles across all 72 nations and territories in the Commonwealth, including Europe, Africa, Asia, the Caribbean and the Americas. 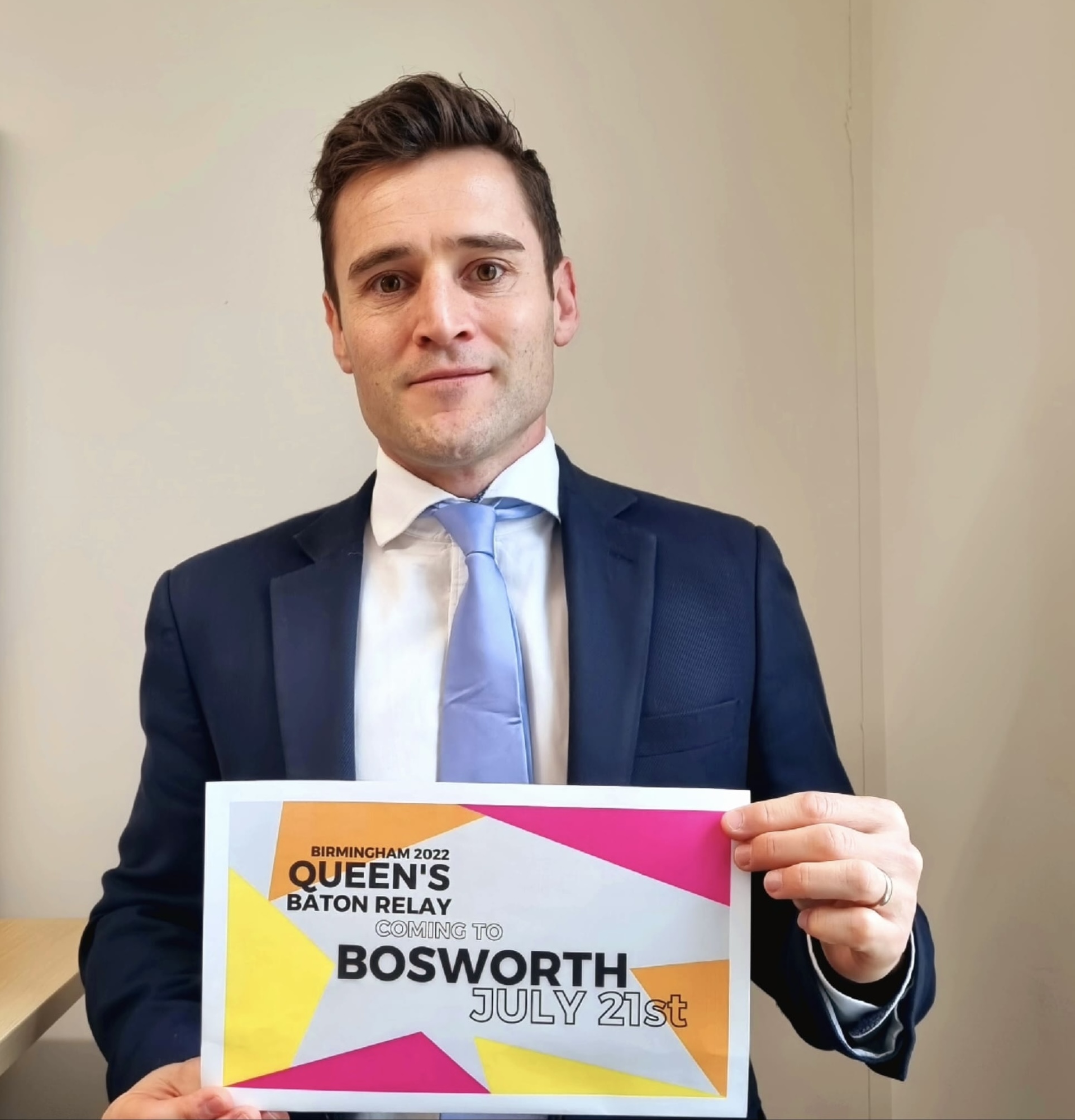 The Baton will be carried across England by over 2,000 inspirational Batonbearers, who have been nominated by members of the public.

Dr Luke said: “I am delighted that the Queen’s Baton Relay will pass through my constituency! This will be a great day out for all ages, provide a boost to the local economy and tourism while allowing us to show off and enjoy our beautiful local area!

“The Commonwealth Games are such a brilliant opportunity for Birmingham. Having the Baton come to Bosworth will be the perfect chance to showcase our fantastic community on the international stage.

“I had applied for the Baton to pass through our area and am so pleased out of 650 constituencies, ours was one of the successful ones! While there is currently no news on the exact route of the Baton at this stage, I will provide updates as and when I get them. I look forward to seeing lots of you on July 21st and I hope we can all enjoy the wonderful opportunity we’ve been given.”