Support available for the cost of living 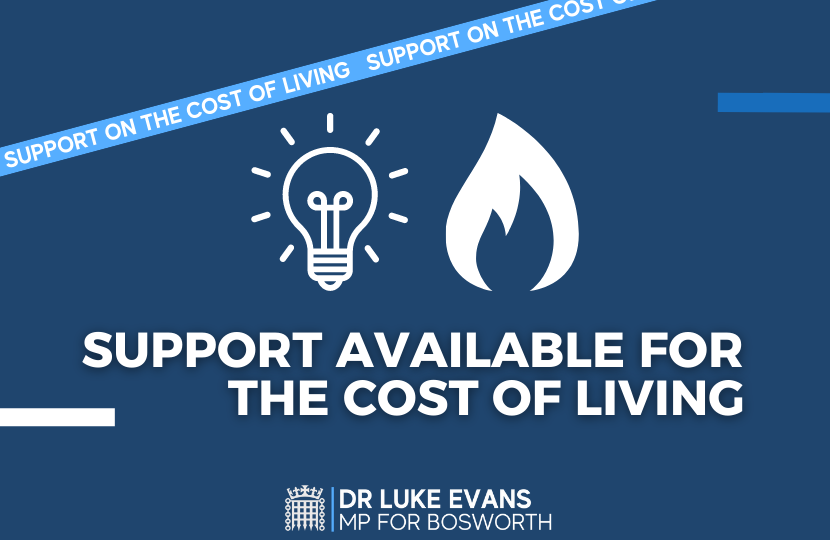 This Minister for Climate Change and Corporate Responsibility, Lord Callanan, has today set out the Energy Company Obligation scheme which places an obligation on the larger energy suppliers to install energy efficiency and heating measures to people’s homes.

Lord Callanan said: "ECO4 [the latest iteration of this scheme] will support around 450,000 homes and is expected to save on average £290 a year for the most vulnerable with up to £1,600 for those living in the least energy efficient homes. However, those savings could average £600 this winter. The passing of these regulations will bring legislative certainty to suppliers and the supply chain, enabling them to ramp up delivery with confidence before winter.

"Since 2013, the Energy Company Obligation scheme has installed around 3.5 million energy efficiency measures in 2.4 million homes across Great Britain. Around nine per cent of all households in Great Britain had a measure installed under ECO up to the end of quarter 1 2022."

I am really pleased to see, after writing to the Chancellor, Rishi Sunak, and speaking to him in private about this issue, that the triple lock will apply to the state pension.

Many people in Bosworth and across the country were worried about what it meant for them when the triple lock was suspended, so this was an important and necessary update from the Chancellor's recent announcement.

I was also happy to hear the Chancellor has announced plans which will help the whole country with increases in the cost of living.

The £37 billion package will be bolstered by support from oil and gas companies who will be 90% better off when they reinvest for our future - this helps with our energy security, net zero commitments and, importantly, affordability.

It was right that the Government waited until we had the full picture of what the energy price cap would increase to in the Autumn before announcing the following  measures...

Relief for energy bills has also been doubled, from £200 to £400 for every household and will not need to be repaid. The £400 will be credited directly to energy accounts starting in October 2022.

You can watch the full announcement here: Parliamentlive.tv - House of Commons.

Find out what help you are eligible for here: Cost of Living Payment - GOV.UK (www.gov.uk)

People in Bosworth have, quite rightly, asked me what the Government is doing to help with the escalating cost of living, and it is something which I am very conscious of, and regularly working on. Although we are fortunate to be an area with high local employment, there are families across the community who will undoubtedly struggle in the months ahead with rising costs seen across the globe, and an elderly population who should not be forgotten.

My team and I continue to assist constituents where we can through casework, much of this inflation is being driven by the rising cost of energy due to increased demand worldwide – and that feeds through into pressures on the cost of living. I completely understand constituent anxiety over rising prices and inflation.

My work down in Westminster

Please click here to read more about the work I have done in calling for extra support for cost of living pressures: My work on the cost of living | Dr Luke Evans MP

Government work in this area

Since the start of the pandemic, the Government has announced a £400 billion package of support to protect jobs and income. The economy is in recovery, with a record number of people on the payroll, with recent ONS statistics showing the UK's GDP grew by 1.3% in Quarter 4 of 2021.

Although Government intervention can be limited with the global rising costs of energy, I am pleased the UK Government have acted and implemented a £9 billion package of support to help 28 million households with the cost of living:

You can find out more above the above provisions here: Government support for energy bills and the cost of living - factsheets - GOV.UK (www.gov.uk)

On the 23rd March, The Chancellor announced his annual Spring Statement setting out further support the Government is putting in place during these difficult times. I note this was not a full budget, which will be announced in the Autumn.

The Chancellor unveiled a new Tax Plan to ease the rising cost of living and to deliver the biggest cut to personal taxes in a quarter of a century:

You can find out more here: Chancellor announces tax cuts to support families with cost of living - GOV.UK (www.gov.uk)

On a purely personal level, I understand concerns around energy costs for pensioners and the most at-risk individuals when it comes to fuel poverty. From my conversations in Westminster, I also understand this has been reflected by many, whether parliamentary colleagues or Ministers.

Global gas prices are high due to various factors, including an increase in demand following the end of lockdowns in various countries and in return economies reopening; a cold winter in the UK; high demand in Asia for liquified natural gas (LNG) transported globally by freight which has meant that far less LNG has reached Europe; and weather events in the US limiting supply to Europe. With reduced variety of supply globally and much higher than anticipated demand, high wholesale gas prices have subsequently driven an increase in wholesale power prices, with a few short-term markets trading at, or near, record levels.

As a final note, customers may be able to reduce their energy bills by shopping around for a better deal. Changing energy provider has never been easier, either online or over the phone, with comparison sites providing useful information on the best deals. Almost 500,000 energy customers switched to a new supplier each month in 2020, according to Energy UK.

Useful links to help with energy bills this Winter:

As part of the Clean Growth Strategy to make as many homes as possible reach EPC Band C or above, there are grants and support available for home energy improvements such as cavity wall and loft insultation.