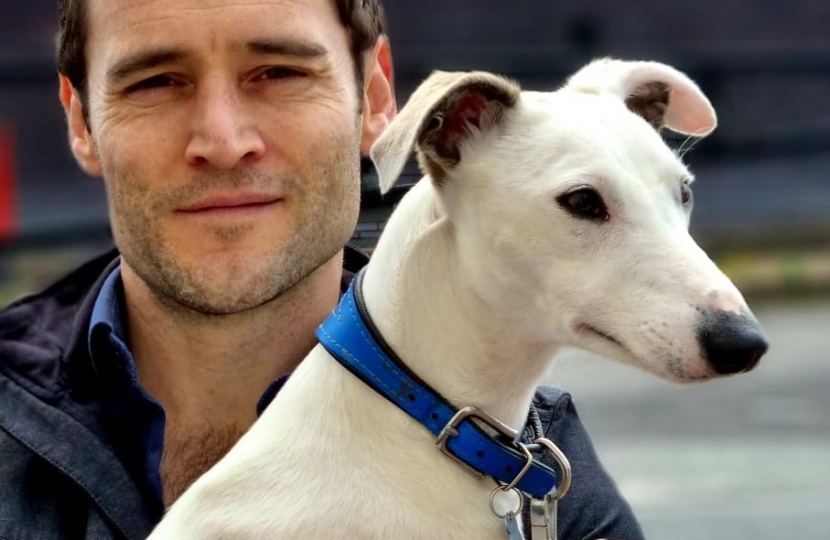 Dr Luke Evans, MP for Bosworth, has expressed his support for new Government plans which help to tackle an increase in puppy smuggling, building on a successful campaign supported by Dr Luke earlier this year. The plans would ban the import of dogs with cropped ears or docked tails, raising the minimum age for importing a puppy from 15 weeks to 6 months, and banning the import of heavily pregnant dogs.

In the last year, more than 66,000 dogs were commercially imported into the UK according to Animal and Plant Health Agency figures, and these new plans help to further safeguard the welfare of dogs being imported into the UK. Border authorities have seen around a 260% increase in the number of young puppies being intercepted for not meeting the UK’s pet import rules – an increase from 324 in 2019, to 843 in 2020. The proposals are part of a raft of new measures included in an eight-week consultation, which encourages people to have their say on the new plans, as well as the penalties for breaching these rules, changes to the rehoming process, and whether the proposals should be extended to cats and ferrets.

Since being elected in 2019, Dr Luke has continued to work hard to promote animal welfare and lobby the Government to strengthen animal rights. Dr Luke raised the issue of puppy profiteering in Parliament – breeders who place potential profits ahead of welfare to sell puppies whilst demand is high. Then in February, Dr Luke joined forces with Dogs Trust, the UK’s largest dog welfare charity, to support the Puppy Smuggling Taskforce, campaigning for the Government to stop the illegal importation of puppies into the UK. The new proposals announced by the Government successfully build upon this campaign, ensuring that puppies and dogs imported into the UK are cared for, and sold, responsibly.

Dr Luke said: “Animal welfare is an issue which sits close to people’s hearts, and, having decided to get two whippets last year, the issue is a personal one for me. Setting out to find Ada and Roux demonstrated to me that there is still work to do to make the process safer for puppies, and to stop irresponsible breeders from taking advance of increased demand.

I am pleased to see these new Government plans build on the Puppy Smuggling Taskforce campaign, which I was pleased to support this year. Our constituency of Bosworth is full of keen animal lovers, ably demonstrated with the petition sent to Parliament regarding animal welfare, where we were in the top 10 of 650 constituencies with the number of signatures.”

Animal Welfare Minister Lord Zac Goldsmith said: “Puppy smuggling is a grim trade, and we are determined to clamp down on it. Raising the minimum import age for puppies will help protect thousands of animals that are brought into the country every year and stop criminals looking to profit from the rise in demand for pets. These new measures build on our plans to raise animal welfare standards across the board as part of our Action Plan for Animal Welfare.”

You can view the public consultation on the new plans at: https://consult.defra.gov.uk/pet-travel-and-imports-team/pet-travel/

If you are considering buying a puppy, you can find useful advice on buying responsibly on the Dogs Trust website: www.dogstrust.org.uk

On Weds 12 Jan, I introduced my Body Image Bill in Parliament, which calls for commercial images featuring digitally altered bodies to be labelled. If an image has been edited for commercial purposes, or somebody has edited an image they are being paid to post, it is absolutely right that the ima