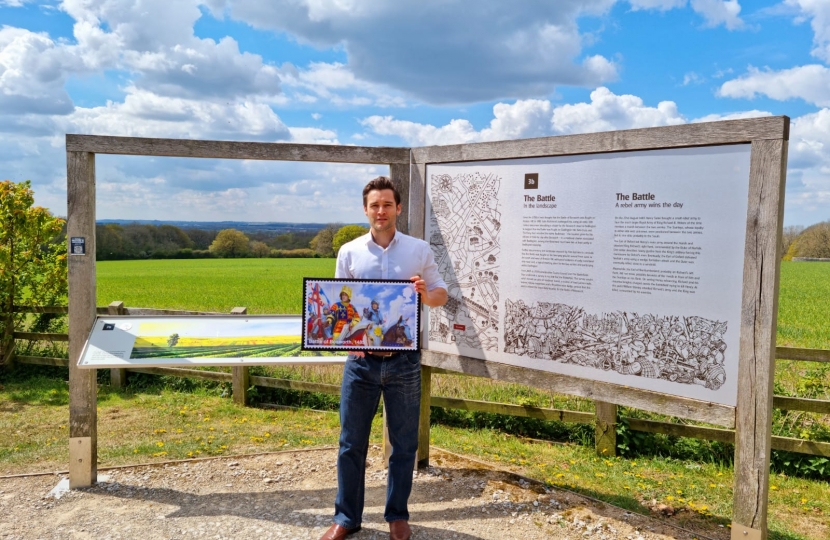 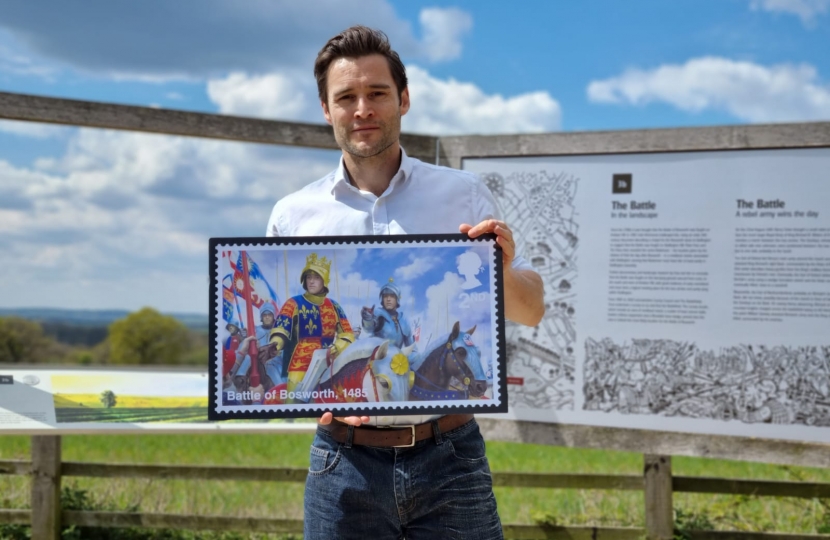 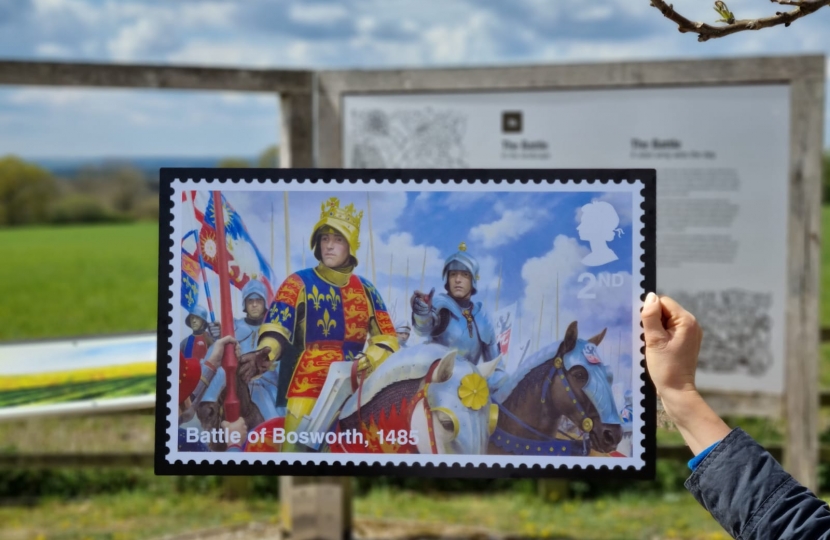 Today (May 4th) the Royal Mail have released a commemorative set of stamps highlighting the historic battles which were fought during the Wars of the Roses, including the 1485 Battle of Bosworth.

Marking the occasion of the release of the stamps Dr Luke Evans, the Member of Parliament for Bosworth, was photographed at the battlefield with an enlarged version of the artwork – provided by the Royal Mail.

The Royal Mail has revealed eight images to mark the 550th anniversary of the Battle of Tewksbury, one of the defining battles of the Wars of the Roses. One of the stamps will mark the Battle of Bosworth.

The stamps are illustrations by Graham Turner, a leading medieval and military artists and reimagine eight key battles across the Wars.

Dr Luke said “It’s wonderful that the Battle of Bosworth has been featured in this commemorative set of stamps which mark the Wars of the Roses. Of course we are all only too aware of the pivotal role that the battle had in our nation’s history.

“It was lovely to be able to bring the Royal Mail’s artwork to the battlefield. The contrast between Graham Turner’s stunning painting and the rolling Leicestershire countryside was, even now, quite poignant.

“As we move back to normality I would very much urge everyone to visit the battlefield if you can. There is so much to do and it really does remind you of the wonderful site of important history that lies on our doorsteps, not to mention a gorgeous walk to be had too!”