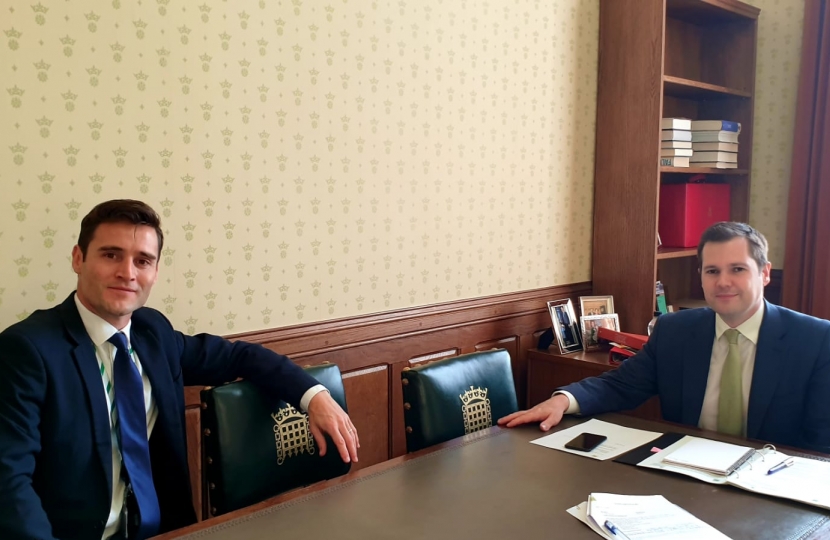 Dr Luke Evans, the Member of Parliament for Bosworth, has welcomed plans announced by housing minister Robert Jenrick to drop a housing policy which could have seen an unsustainable number of new homes being built within the constituency.

Dr Luke had extensively consulted with parish councils, neighbourhood plan groups, constituents and professional bodies including the Royal Town Planning Institute to make a submission in the consultation about the adverse impact that the proposed algorithm would have had on our constituency. These concerns had been shared by the Bosworth MP in meetings with the Number 10 policy team, the planning minister and the Secretary of State himself.

Mr Jenrick, the Secretary of State for Housing, Communities and Local Government, has announced that the government will now on building homes on brownfield sites, urban centres and great cities. The new policy will mean a move away from an algorithm which would have instead greatly affected rural communities like Hinckley and Bosworth.

Dr Luke said “I’m delighted that the Secretary of State has announced this new focus after lobbying both him and 10 Downing Street hard on the need to preserve our rural character.

“I understand that Hinckley and Bosworth needs new houses but the must be homes that enhance the character of our communities, and it’s vital that they are supported by appropriate roads, schools and GP places. Sustainable development with proper infrastructure is the key, now it is imperative that our local borough council delivers a robust up-to-date plan, and the houses that are needed.

“Our area is a beautiful one and we want to keep it that way but we can only do so through managed and appropriate growth. The minister’s announcement will help us to do that.”