I’ve been receiving a number of emails and social media comments about a motion which the Labour Party tabled during an Opposition Day debate earlier this week.

Opposition Day motions are often used by political opponents, at least the more cynical ones, to play party politics. This week’s motion was just such an opportunity – desperately trying to make political capital out of a national crisis.

Labour’s motion was a specific trap as it called for all NHS staff to be tested weekly for Coronavirus, all staff regardless of role in the NHS or scientific evidence of what is needed.

In the Shadow Health Secretary’s opening remarks he called for “weekly health testing – if necessary” – actually a very sensible and a good aspiration.

Except the actual motion did not say this. No “if needed” was in the motion.

Instead it called for blanket testing with no qualification and no reasoned way to achieve this.

This was rightly voted down.

A second amendment was passed without division – the wording is in the picture below – and I stand behind fully. 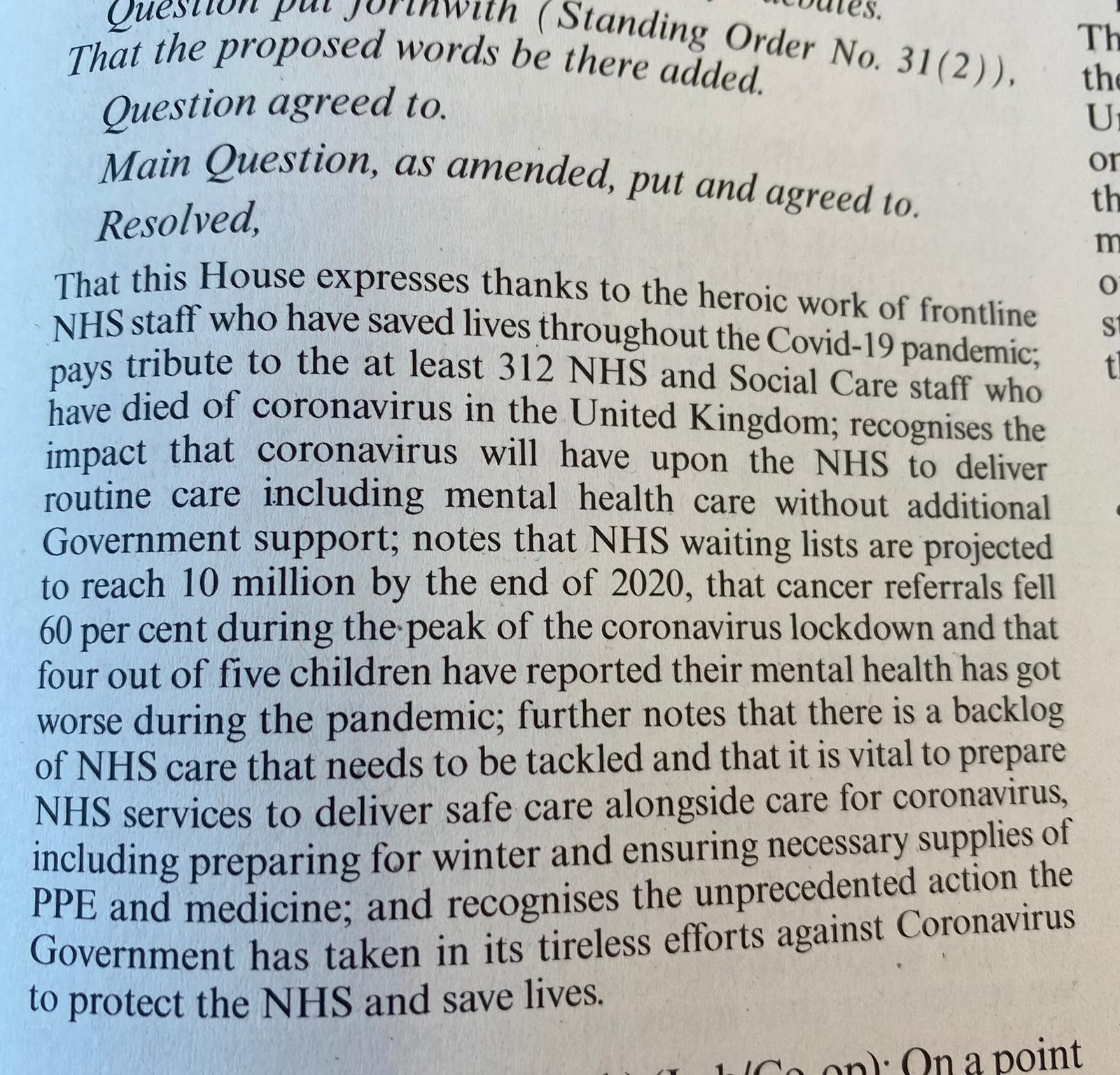 That’s why I am angry about the cynicism of what I thought was a constructive opposition resorting to petty headline grabbing.

That’s a very large number and whilst many of them work in jobs where they face patients and risk a great many do not.

Secondly, the cost: with no scientific evidence supporting why you are doing it such a motion is a huge waste of taxpayer’s money.

Labour’s motion sought to commit the government to testing staff who never see a patient, many of whom are working productively from home, to being tested every week. Regardless.

That means taking capacity away from police officers, retail staff, refuse collectors and countless other workers who face risk of exposure.

No responsible government would ever agree to that.

I believe in following the scientific advice of our Chief Medical Officer and testing on that basis. There is clear merit in routine testing for those on the front line and who need it, but exactly that – the who need it and led by the clinical evidence.

I shall leave the shoddy opportunism to our opponents.

I’m proud to say I didn’t vote for a motion whose entire focus was on the ballot box rather than where it should be - on our NHS, those who work in it and all of us who rely on it.